Smart security cameras use video analytics to detect intruders by “seeing” movement and sending alerts. While this works well in stable, indoor environments, outdoors is a different story – everything moves, all the time. Trees sway, debris blows across the ground, and small animals traverse the camera’s field of view. All of this movement can trigger a high level of false alarms, or worse – outright missed detections.

Geo-registration is a key capability that helps smart cameras overcome these difficulties and deliver superior detection, even in the dynamic outdoors.

While not every smart camera uses geo-registration, it has been a foundational strategy for SightLogix SightSensors since they were first conceived almost two decades ago. It’s our belief that thermal cameras powered by geospatial video analytics are the best way to create reliable outdoor intrusion detectors.

What is geo-registration, and how does it empower detection performance?

Consider how human vision works: Our eyes give us depth perception – we can look at an outdoor scene and easily tell which objects are close or far, based on their relative size.

Now imagine closing one eye and looking at the same scene. You would lose your sense of depth, the scene would flatten out, and you would have a hard time determining where things are in relation to each other.

It’s the same with a “one-eyed” camera – unless it’s geo-registered.

Essentially, geo-registration enables a three-dimensional capability for an outdoor detection camera. It lets the camera very accurately determine the actual location and true size of all objects in its field of view. Knowing this, video analytic rules can be used to ignore moving objects which are not a security concern – like small animals or blowing debris – while still detecting human-sized intruders under all conditions.

For example, to a smart camera, a small animal in the near field will look much larger than a man at 300 meters away, as you can see in the figure below.

A smart camera needs to ignore the dog while alerting you to the person in the distance, even though the animal will cover more of the camera’s field of view. The same approach applies to blowing trash and other moving things which are always present outdoors. With a camera that is geo-registered, such non-security related movement will be ignored and will not send alarms.

Here’s a real-world example of geo-registration video analytics at work, detecting the person but ignoring the dog: 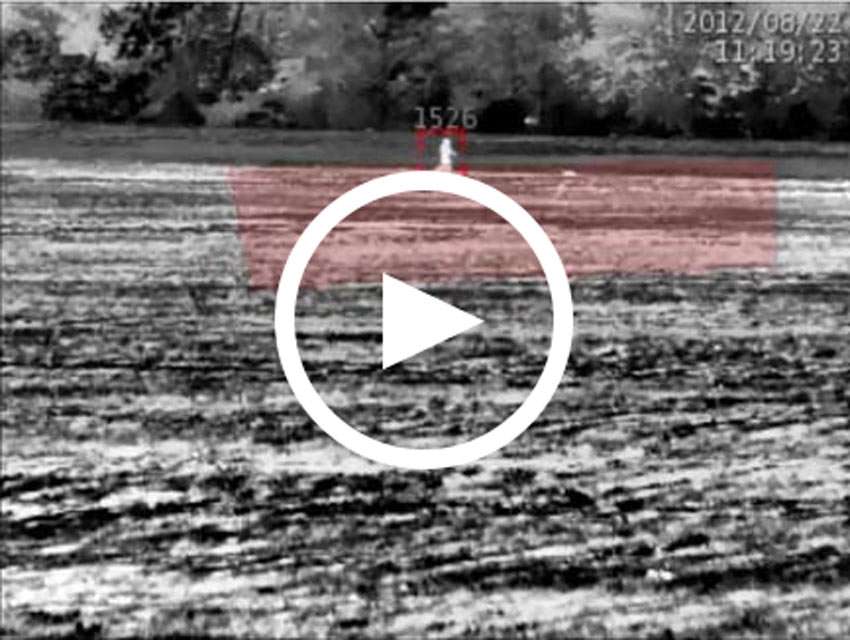 While geo-registration sounds like a complicated process, activating the capability is surprisingly easy. SightSensors are geo-registered when first installed using a very simple auto-calibration that reduces complexity to a single click.

When you first configure a SightSensor, you simply enter the camera’s height off the ground and click a button. Sensors built into the camera will automatically determine its tilt and yaw, and the processing power inside the camera will use these three data points – height, tilt, and yaw – to calculate the geo-location of every pixel in its field of view, in real time and with every video frame.

Geo-registration is an important capability from which many benefits flow.

For one, it vastly improves the camera’s intruder detection reliability. When the camera knows the actual size and location of all objects, you can set highly accurate size rules that detect a human-sized object but ignore objects that are not human sized. This automatically eliminates small animals and other distractions from triggering alarms.

Geo-registration can also be used as a powerful security policy tool by creating geospatial detection zones.

Many smart cameras will assign a “tripwire” in the scene; when an intruder crosses this line, an alarm is triggered.

Geospatial analytics go significantly further, allowing you to set zones of detection based on real-world activities – speed, bearing, and geo-location. With this capability, you can create:

You can see an example of a From-To Zone in the video below: 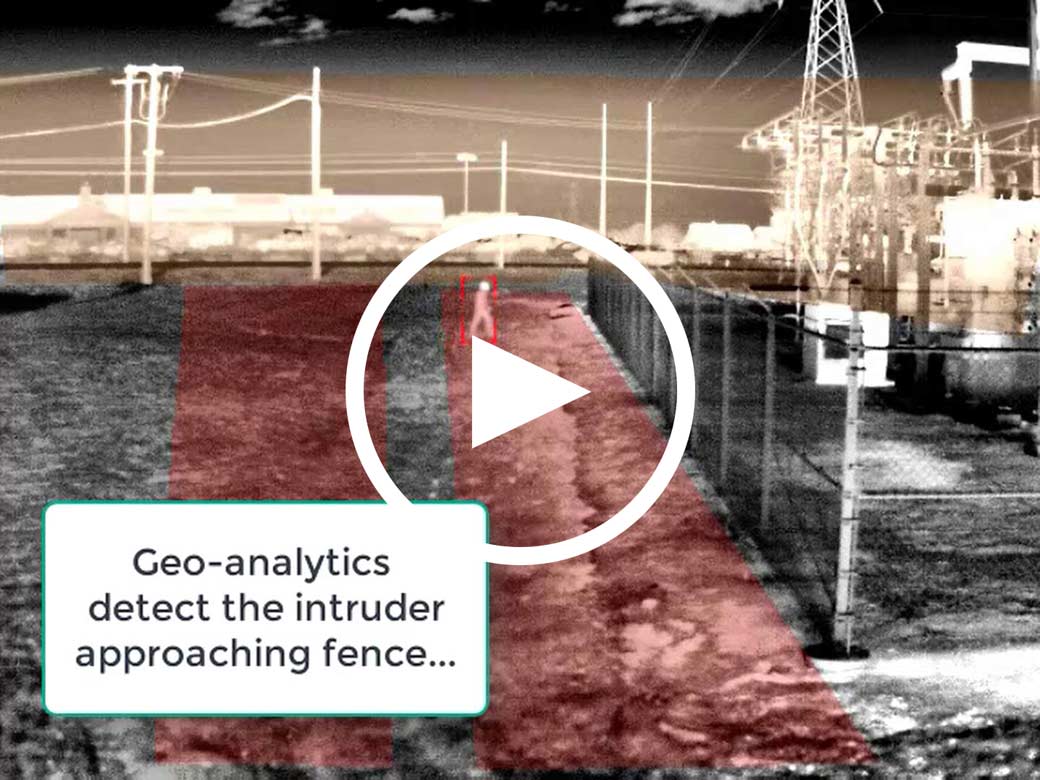 Another benefit of knowing the geo-registered “whereabouts” of an object outdoors is the ability to automatically direct pan-tilt-zoom (PTZ) cameras to the exact location of an alarm and to zoom and follow a detected target.

Often PTZ cameras are used to watch outdoor areas, but when applied to large areas, a PTZ camera’s narrow field of view relative to the wide areas under surveillance almost guarantees that events will go unnoticed. Trying to manually steer PTZs over outdoor areas is like trying to find a needle in a haystack.

This powerful capability is shown in the video below. The intruder is detected at distance by the thermal camera (at left), which automatically zooms and follows the target for up-close detail (at right).

Good decisions depend on accurate detection, and the impact of an event unfolding is directly proportional to a security department’s ability to intercept it quickly. Every second counts. Using cameras that are geo-registered to the scene adds a valuable tool to enable comprehensive security throughout a facility, and provides: