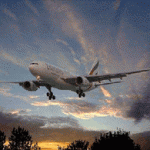 An evaluation by the U.S. Transportation Security Administration (TSA) Airport Perimeter Security system test program has confirmed 100% accuracy of the SightLogix SightSensor in the challenging environment typical of many airports.  According to the TSA’s final report, the “evaluation team performed over 900 scenarios of which every alarm instance was accurately reported.”

The TSA established the  program to address vulnerabilities for airport perimeter security systems at aviation facilities. The goal of the TSA test was to validate thermal video analytics at Buffalo airport, a difficult environment due to its widely varying topology and inconsistent illumination, which is typical of most airport perimeters.

The public version of the TSA report is available here.

TSA evaluators conducted numerous test scenarios to determine the effectiveness of the SightLogix airport perimeter security system. The tests were designed to simulate a human intruder attempting to defeat the system by breaching the perimeter detection zone without causing an alarm. The scenarios were distributed throughout several regions of the airport’s perimeter covered by the SightSensors. The evaluators performed randomized scenarios for each SightSensor deployed.

According to the TSA’s final report, “each alarm prompted the system to display the alarm video, location information, nearest camera reference numbers, date and time, and an audible alarm signal.” Additionally, the TSA reported that “SightSensor target tracking capabilities were available and 100% functional throughout the evaluation period.”

According to the TSA, airport security personnel reported that the process of integrating the SightSensors into the existing video management system was “smooth and without issue.”

Cost savings were also reported by airport officials. SightLogix on-board image processing, which provides accurate detection in the outdoors, also provides extended detection capabilities. This additional range reduced the number of poles, trenching and communications needed for the airport’s deployment, while exceeding the automated detection area originally specified in the design. The result was a more accurate perimeter security system that met the airport’s available budget.

The use of thermal cameras also provided an optimal detection source for the airport because thermal analytic cameras can detect intrusions that might occur even in complete darkness, removing the need for any illumination.

In the final analysis, the TSA concluded that the SightLogix thermal video analytic solution “had a positive effect on the airport’s perimeter security monitoring and detection efforts.”